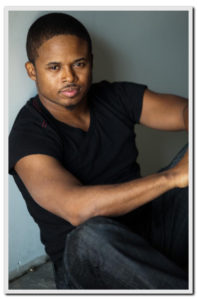 Walter E Jones was raised on the west side of Detroit, Michigan. Growing up in a low-income, single parent home was just one of the many obstacles that Walter would beat. Provided with love and strong family values, Walter overcame the drugs and violence of the neighborhood; has defied all odds of an oppressed environment and developed a talented and successful presence in the entertainment industry. He is truly a compassionate person and it’s easy to see and feel his enormous zest for life. With a vibrant grin Walter says “I love to make people smile. When they smile I smile”.

Walter’s training has developed him into a “triple-threat”. He has proven himself successful as an actor, dancer and singer. Walter is internationally known for his creation of the character Zach The Black Ranger from the Children’s Action Adventure Phenomenon “The Mighty Morphin Power Rangers”. He has been featured as a series regular or guest star in over 150 episodes of various shows and has been featured in 7 films. Some of his credits include: The Golden Globe and Emmy Award winning police drama “The Shield” , the top-rated series drama “CSI”, the long running comedy hit “Moesha, and the upcoming action feature “Speed Demons”.