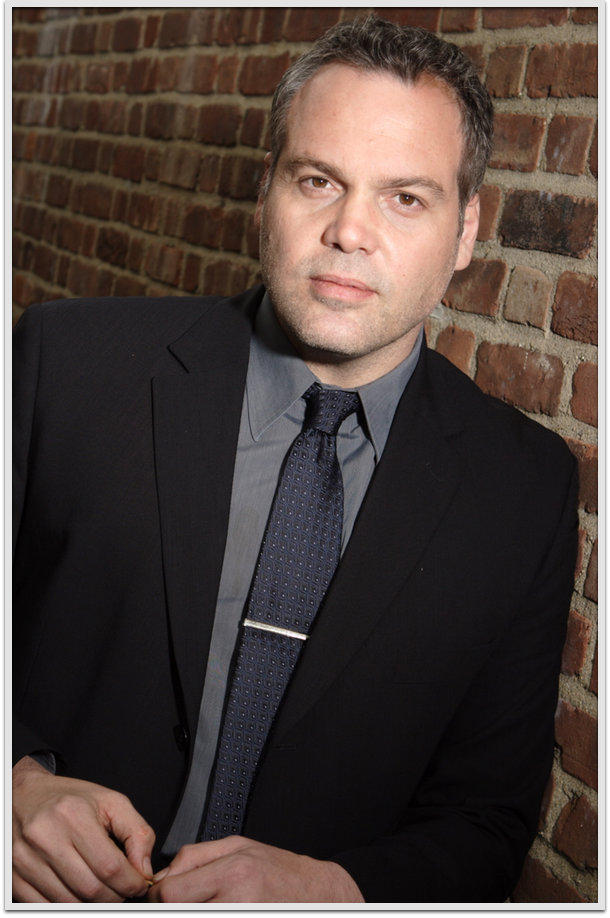 D’Onofrio was born in the Bensonhurst neighborhood of Brooklyn, New York City. He is of Italian descent, with ancestors from Sicily. His parents, Gennaro (Gene) D’Onofrio, an interior designer and theater production assistant, and Phyllis, a server and restaurant manager, met while Gene was stationed in Hawaii with the U.S. Air Force. In 1956, they had their first child, Antoinette. She was followed by Elizabeth (1957), now an actress and drama coach residing in Fort Myers Beach, Florida, then by Vincent.[citation needed] He was raised in Hawaii and Colorado in his younger years.
D’Onofrio’s parents divorced when he was young; his mother later married George Meyer. Thus, D’Onofrio became step-brother to Meyer’s children from a previous marriage (Meyer’s son, Guy, and daughter, Connie). The family moved to the Hialeah, Florida, area. D’Onofrio, a shy boy who spent “a lot of time in my room, staying in my head”, later became interested in magic and sleight of hand, tricks he learned from Cuban entertainers who owned a small magic shop. In his teens, he worked backstage, in set-building and sound production, at a number of community theaters run by his father. He graduated from Hialeah-Miami Lakes Senior High School.

After graduating from high school, D’Onofrio started to appear in front of the curtain. During an 18-month stint at the University of Colorado in Boulder, Colorado, he was involved with small community theater productions. He later studied method acting at the American Stanislavsky Theater and the Actors Studio, under coaches Sonia Moore and Sharon Chatten which landed him his first paid role in Off-Broadway’s This Property Is Condemned. He went on to appear in a number of their productions, including Of Mice and Men and Sexual Perversity in Chicago. D’Onofrio continued his career by performing in many New York University student productions while also working as a bouncer at the Hard Rock Cafe, a bodyguard for Robert Plant and Yul Brynner and a deliveryman. In 1984, he made his Broadway debut as Nick Rizzoli in Open Admissions. In 2012, D’Onofrio returned to teach at the Lee Strasberg Theater & Film Institute where his daughter is a student.
In 1986, D’Onofrio took on the role often considered the defining moment in his acting career, as Pvt. Leonard Lawrence, an overweight, clumsy Marine recruit in the movie Full Metal Jacket. On a tip from friend Matthew Modine, D’Onofrio was urged to send audition tapes to director Stanley Kubrick, in England. Four tapes later D’Onofrio landed the role. Originally, the character of Pvt. Lawrence had been written as a “skinny ignorant redneck”; however, Kubrick believed the role would have more impact if the character were big and clumsy. D’Onofrio gained 70 lb (32 kg) for the role, bringing his weight to 280 lb (130 kg). This remains the record for most weight gained by an actor for a movie, surpassing Robert De Niro’s accumulation of 60 lb (27 kg) for the filming of Raging Bull (1980). While filming an obstacle course scene for the movie, D’Onofrio injured his left knee, compounded by the excessive weight, which required surgical reconstruction.
After filming of Full Metal Jacket was completed, having lost nearly all the weight gained for the movie in just nine months, by eating a diet “consisting mostly of birdseed” and chicken nuggets, D’Onofrio went on to play Dawson, the owner of Dawson’s Garage in Adventures in Babysitting (1987). D’Onofrio appears in only one scene near the end of the film, but his small role attracted attention because of his sexy physique (in complete contrast to the overweight character he played in Full Metal Jacket) and long blond hair (a wig) which causes Sara, the film’s youngest character, to mistakenly believe he is the Norse God Thor, the comic-book superhero she idolizes. In 1988, D’Onofrio was cast in another supporting role in the film Mystic Pizza, playing the fiance of Lili Taylor’s character. In the movie, which was Julia Roberts’ breakout film, he was billed under his full name “Vincent Phillip D’Onofrio”.

D’Onofrio continued to play a wide variety of minor or supporting roles, including the father of a saint in Nancy Savoca’s Household Saints (1993), director Orson Welles in Tim Burton’s Ed Wood (1994), farmer Edgar and the evil “Bug” that possesses him from Men in Black (1997), Yippie founder Abbie Hoffman in Steal This Movie!(2000), a man who claims to be from the future in Happy Accidents (2000), and the serial killer Carl Stargher, opposite Jennifer Lopez’s character in The Cell (2000).
In 1992, he appeared in Robert Altman’s The Player, as an aspiring screenwriter whom Tim Robbins’ studio executive character accidentally kills.
In 1997, D’Onofrio made a move to television and received an Emmy nomination for his appearance as John Lange, the doomed victim in the Homicide: Life on the Street episode “Subway”.

In 2001, he took on what became his longest and perhaps best known role as Det. Robert Goren on the NBC / USA Network television show Law & Order: Criminal Intent.
In 2003, it was reported that D’Onofrio and Joe Pantoliano had begun work on a small film titled Little Victories, about a 12-year-old boy whose perceptions of the world are forever changed when his gangster uncle comes to live with him. According to a television interview with Pantoliano, the film was not completed and went into turnaround because of a failure to raise the funds necessary for production.
In November 2005, D’Onofrio won Best Actor at the Stockholm International Film Festival for his role as Mike Cobb in the independent film Thumbsucker.
In 2006, he appeared in The Break-Up, starring Jennifer Aniston and Vince Vaughn, playing Vaughn’s eccentric brother. He and Vaughn had appeared together in two previous films, The Cell (2000), wherein Vaughn played an FBI agent pursuing D’Onofrio’s character, and Thumbsucker (2005).

On March 1, 2008, D’Onofrio made a cameo appearance in a presidential election-related sketch in a Saturday Night Live episode as his character Det. Robert Goren.[15] In the sketch, he interrogates Hillary Clinton (played by Amy Poehler). His entrance to and exit from the skit are punctuated by the Law & Order “dun-DUN” sound.
In 2009, it was announced that D’Onofrio would be leaving Law & Order: Criminal Intent in the spring of 2010, with his last appearance occurring in the two-part, Season 9 premiere.[16] He was replaced by Jeff Goldblum, but after a drop in ratings, D’Onofrio and Kathryn Erbe agreed to return for a 10th (and final) season of the show. In the same year, he appeared in the Oscar-winning short The New Tenants.
Over the next few years D’Onofrio co-starred in films such as: Staten Island (2009), Brooklyn’s Finest (2010), Kill the Irishman (2011), Crackers (2011), American Falls (2012), Fire with Fire (2012), and Ass Backwards (2013).
In 2011, he began work on the Jennifer Lynch 2012 film Chained (previously titled Rabbit) in which he portrays Bob, a serial killer who kidnaps a young boy, Rabbit, and makes him his protégé. When he becomes older, Rabbit must decide whether to follow in the footsteps of his captor or plan his escape. The film shot in areas in and around Regina and Moose Jaw in Saskatchewan. On May 1, 2012, due to “explicit violence” the movie was given an NC-17 rating by the MPAA, despite an appeal by Jennifer Lynch, and the distributor, with scenes cut to maximize theater exposure and distribution. No stranger to the NC-17 ratings, Lynch, who responded to the ruling a day later also saw cuts made to her movie Boxing Helena. In July 2012, a press release from Anchor Bay announced that the movie would be released on Blu-ray and DVD on October 2, 2012 and would include the deleted scene, involving a throat being cut, which caused the NC-17 rating.

On September 14, 2011, it was announced that D’Onofrio would star alongside Ethan Hawke in a new NBC show, Blue Tilt, named after the harmful psychological effects homicide detectives experience after constantly dealing with horrific crimes. D’Onofrio and Hawke had worked together in the films The Newton Boys, Staten Island, Brooklyn’s Finest and Sinister. The hour-long cop drama, in which D’Onofrio would play ‘Sonny’, was to follow the main characters’ attempts to balance their careers with family life. Writer Chris Brancato, fresh from Season 10 of Law and Order: Criminal Intent, was brought on board to pen the episodes. Filming of the pilot episode was set to start in February, 2012. On March 27, 2012, a tweet from Kevin Dunigan, the co-creator and developer of the pilot, revealed that NBC had shelved the project because it did not have enough “pop to attract viewers.”

On April 30, 2012, the short film Crackers, starring D’Onofrio as Gus, won a People’s Choice Award at the Fort Myers Beach Film Festival. The festival, which had been dormant for six years, was rekindled and partly organized by Vincent’s sister, Elizabeth D’Onofrio.

Fresh from his role in Jennifer Lynch’s Chained, it was announced on August 11, 2012, that D’Onofrio would star in her upcoming film A Fall From Grace. The film tells the story of Detective Michael Tabb, to be played by Tim Roth as he investigates the murders of young girls burned and washing ashore along the Mississippi River.[30] A further upcoming Lynch project, The Monster Next Door, will also star D’Onofrio.

D’Onofrio’s other projects included a role in Supreme Ruler with Marcia Gay Harden and Jeffrey Dean Morgan, Eric Bogosian’s Mall which he co-wrote with his former Law & Order: Criminal Intent co-star, and Pawn Shop Chronicles, which co-stars Matt Dillon, Brendan Fraser, Elijah Wood, and Thomas Jane (who previously worked with D’Onofrio in The Velocity of Gary).

D’Onofrio was cast as Wilson Fisk in Marvel’s Daredevil, a Netflix series set in the Marvel Cinematic Universe.

In 2005 he directed and starred in the short film “Five Minutes, Mr. Welles” (2005), which represented a culmination of D’Onofrio’s desire to improve on his performance as Welles in Ed Wood, which in spite of D’Onofrio’s striking physical resemblance to the actor and director, reportedly left director Tim Burton underwhelmed. Burton decided to procure the services of voiceover artist Maurice LaMarche due to being known for his excellent imitation of Welles’ voice to produce a more dramatically effective rendering of the character’s dialogue. Disappointed with his performance, having been given only two weeks notice to prepare for the role, D’Onofrio wrote, produced, directed, and starred in the short in answer to the critics and himself. The film depicts D’Onofrio as Welles preparing for his role in The Third Man.

In 2008, he returned to directing with the feature-length musical slasher Don’t Go in the Woods (2010), written by his friend Joe Vinciguerra, featuring a score by Sam Bisbee, and starring various unknown actors hand-picked by D’Onofrio. It follows an indie rock band who venture into the woods to write new music, only to meet a crazed murderer (Tim Lajcik). The movie, shot in 13 days in the woods behind D’Onofrio’s home near Kingston, New York, had a budget of $100,000 and played at numerous festivals throughout 2009 and 2010. Initially slated for national release in December 2011, the film opened to limited theaters on January 13, 2012 and was released on DVD on June 12, 2012.