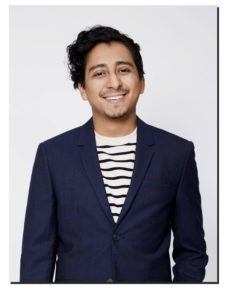 Tony Revolori is and American actor from Anaheim, California (born as Anthony Quinonez).

His father and older brother are both actors as well, and he began acting when he was 2 years old. He made his screen debut in the 2004 short film Nebraska. Tony is best known for his multi-award-nominated portrayal of Zero Moustafa in the 2014 feature film The Grand Budapest Hotel. He also had major roles in the films Dope (2015) and The 5th Wave (2016). Most recently he is notable for his role as Flash Thompson in Marvel’s Spiderman: Homecoming (2017) and Spiderman: Far From Home (2019).

Tony also plays the guitar, piano, bass guitar, and sings. He enjoys songwriting and film writing, as well as producing, directing, editing, and of course acting.