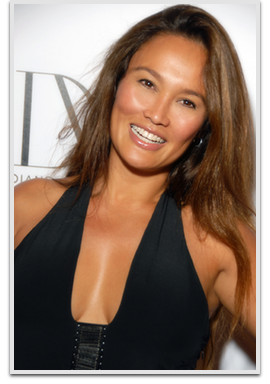 Tia Carrere is an American actress, model, voice artist, and singer who obtained her first big break as a regular on the daytime soap opera General Hospital.

She played Cassandra Wong in the feature films Wayne’s World and Wayne’s World 2, Nani in Lilo & Stitch, its sequel films and Lilo & Stitch: The Series, Queen Tyr’ahnee in Duck Dodgers, and Sydney Fox in the syndicated television series Relic Hunter. She appeared as a contestant in the second season of Dancing with the Stars and the fifth season of The Celebrity Apprentice.