Posted on December 7, 2018 by bookcelebrities 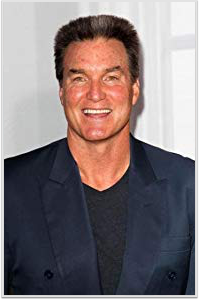 Sam is a former USMC Football player and as an Actor for the past 41 years has over 60 films and hundreds of television shows to his credit. He is best known as Flash Gordon, The Spirit, The Highwayman, SG-1 (The Bounty Hunter) and Ted & Ted 2.

Sam is also the recipient of numerous entertainment, civic and humanitarian awards, including:

• The Outstanding Achievement Award in the Entertainment Industry, presented by
the Southern California Motion Picture Council.

• Courageous Citizen of the Year, presented by Gil Garcetti, District Attorney of Los Angeles County, The California State Senate, The City of Los Angeles, and
The North Hollywood Division of the Los Angeles Police Department.

• Youth Ambassador for Loving Life Foundation, San Diego, California.
Sam’s 2018 & 2019 films for release are Head Games, One of the Good Ones, Fury of
the Fist and the Golden Fleece, Axcellerator, The Silent Natural and Life After Flash,
The Documentary.