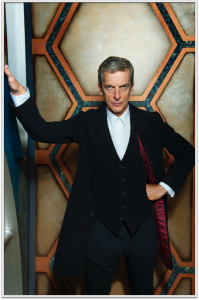 Peter Capaldi is a Scottish actor, writer and director. He has played numerous roles in film and television including Malcolm Tucker, a spin doctor in the BBC comedy series The Thick of It and its film spinoff In the Loop. He is best known for being the twelfth and current actor to play the title role in the long-runningBBC One sci-fi series Doctor Who. As a director, he won the 1995 Academy Award for Best Live Action Short Filmfor his short film Franz Kafka’s It’s a Wonderful Life.