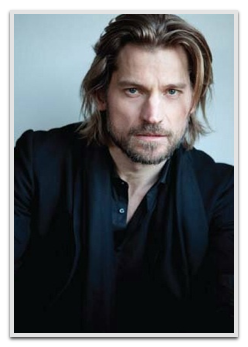 Nikolaj Coster-Waldau is a Danish actor, producer and screenwriter. He attended Statens Teaterskole in Copenhagen in 1993. In the United States, he played Detective John Amsterdam on the short-lived Fox television series New Amsterdam, as well as appearing as Frank Pike in the 2009 Fox television film Virtuality, originally intended as a pilot. Since April 2011, he became known to a broad audience by playing the role of Jaime Lannister in the HBO series Game of Thrones.