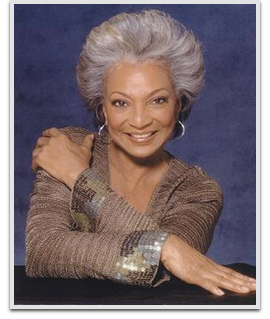 Nichelle Nichols is an actress, singer and voice artist who has endeared herself to generations of Star Trek fans as communications officer Lieutenant Uhura aboard the USS Enterprise in the original Star Trek series and feature films, where her character was eventually promoted in Starfleet to the rank of commander. Her Star Trek character was groundbreaking in U.S society at the time, and civil rights leader Martin Luther King, Jr. personally praised her work on the show and asked her to remain when she was considering leaving the series.