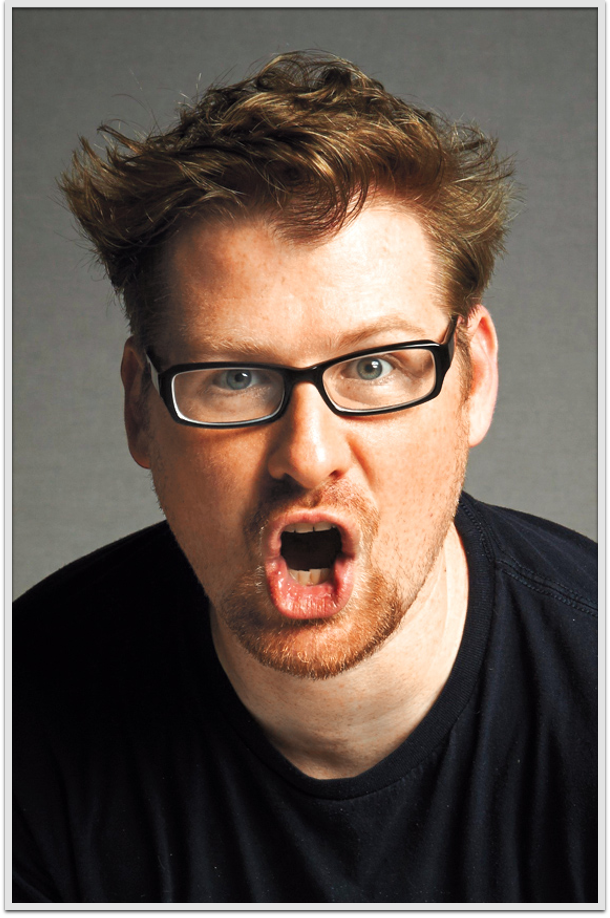 Justin Roiland grew up on an almond orchard in Manteca, California. He attended Sierra High School and Manteca High School, graduating in 1998. He eventually moved to Los Angeles, and in early 2004, got involved with Channel101, an L.A. media collective started by Dan Harmon and Rob Schrab, where he made and acted in numerous movie shorts (such as 2 Girls One Cup: The Show and House of Cosbys) and in the VH1 television show Acceptable TV. He appeared regularly on The Sarah Silverman Program on Comedy Central as “Blonde Craig”. Roiland was born to Jewish parents.
He now works as a voice actor, most notably as the title characters of Rick & Morty, for which he is also co-creator, co-writer and executive producer with Dan Harmon. Since 2010, he has co-hosted The Grandma’s Virginity Podcast with Rick and Morty writer, Ryan Ridley, and Steven Universe producer, Jackie Buscarino. He stated at the Rick and Morty panel at San Diego Comic-Con International 2014 that one of his main influences was Pendleton Ward and that he enjoyed watching The Ren & Stimpy Show as a child.
On August 25, 2016, Roiland launched Virtual Reality studio Squanchtendo, a portmanteau of the company Nintendo and Rick and Morty character Squanchy.