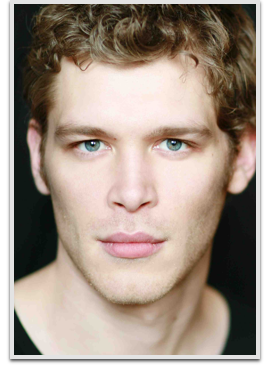 Joseph Morgan is a British actor. He is best known for his role as Niklaus Mikaelson in The CW’s The Vampire Diaries and its spin-off The Originals. He starred in the first series of the Sky One Television Series Hex, as Troy and has appeared in supporting roles in films such as Alexander and Master and Commander: The Far Side of the World and the BBC Two television series The Line of Beauty. He has also appeared in the television series Doc Martin and Casualty and co-starred in Mansfield Park alongside Billie Piper. In 2010 he played the title role in the mini-series “Ben Hur” which first aired on CBC television in Canada and ABC TV in America, on 4 April 2010.

He plays Niklaus Mikaelson in the The CW’s The Originals and in The Vampire Diaries[3] and played Lysander in the 2011 film Immortals, alongside Henry Cavill. BuddyTV ranked him #84 on its list of “TV’s Sexiest Men of 2011”.

On 11 January 2013 it was announced that a back-door pilot focused on the Originals, starring Joseph Morgan as Niklaus Mikaelson titled The Originals will air on 25 April 2013 for a potential series pick-up for the 2013–2014 season.