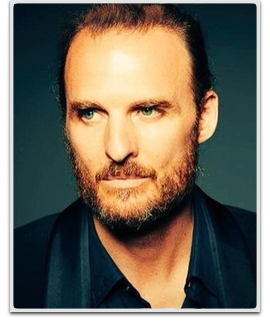 Greg Bryk is one of Canada’s busiest and most dynamic actors, having created numerous indelible characters while moving seamlessly between comedy and drama. Greg was first introduced to audiences as “Alexander ‘The Juggernaut’ Yount” in the hit comedy  “Men With Brooms” with Leslie Nielsen and Paul Gross.  Shortly after, Bryk starred in four seasons of the critically acclaimed television series“ReGenesis”.

Bryk is currently one of the leads of the hot new series “Bitten” for Syfy and Space, in which Bryk plays the Alpha head of the werewolf pack, along with Laura Vandervoort and Greyston Holt.

Some of Bryk’s feature films include Marvel Comic’s “The Incredible Hulk”, “SAW V” and “SAW 3D” and “Red” to name a few. He utterly charmed as a cross dressing cop in Simon Ennis’s eccentric comedic gem “You Might As Well Live”, and chilled your blood in Stephen King thriller “Dolan’s Cadillac”.

After a Gemini nomination for his work in the television movie “Deadliest Sea“, Bryk played regular roles on Showcase’s “Crash & Burn” and Disney’s “Aaron

Most recently, Bryk will be seen in a recurring arc on the highly anticipated series “The Expanse” for Syfy, and has been featured in Guest Starring roles on “Fargo” for FX, “The Divide” for AMC, opposite Megan Follows as her love interest in the smash hit series “Reign” for The CW, and on other popular shows such as “Rookie Blue”,“Nikita”, “The Transporter”, “Covert Affairs”, “Lost Girl”, and “Cracked”.  Bryk also starred in the award-winning and International Emmy nominated CBC movie “The Phantoms”.

children, Dempsey, Billy and Ella. He is fully aware that he leads a completely charmed life.