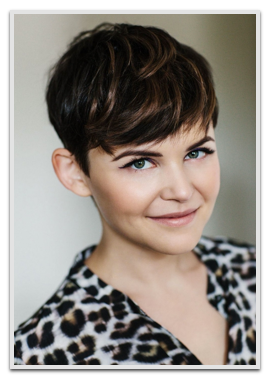 With roles in some of the biggest and critically acclaimed television series, Ginnifer Goodwin’s face and talents have endeared her to fans of searing dramas and lighthearted fantasy faire alike.

Goodwin was first seen in such popular NBC’s series as Law & Order and Ed before moving onto significant roles in the films “Mona Lisa Smile,” “Win a Date with Tad Hamilton!” and the Johnny Cash biopic, “Walk the Line” in which she portrayed Cash’s first wife.

Following her appearance in the hit film, Goodwin next set her sights on a role in the HBO series “Big Love.” Tackling the controversial subject of polygamy, Goodwin portrayed sister wife Margene Heffman to much acclaim during the series’ five year run.

Goodwin also took time out to make appearances in film such as the romantic comedy hit, “He’s Just Not That Into You,” and the family film, “Ramona and Beezus.” Goodwin can currently be seen on the hit ABC series “Once Upon a Time.” Portraying Snow White, the show itself has gone on to become a pop culture phenomenon, captivating audiences young and old alike with its unique blend of fairy tale characters and real world drama. Further cementing her relationship with Disney, Goodwin will next be seen in the upcoming Disney Toon Studios project “Tinker Bell and the Legend of the Neverbeast” as Fawn.