Posted on January 10, 2019 by bookcelebrities 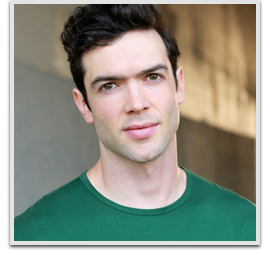 Peck had many star television appearances as a young actor, including a younger Michael Kelso (played by Ashton Kutcher) in That ’70s Show. In his first film role at age 9, he co-starred in the film Marshall Law as Jimmy Smits’ son. He appeared the 1999 movie Passport to Paris starring Mary-Kate Olsen and Ashley Olsen and was Mary-Kate’s first on-screen kiss.

Peck starred opposite Adam Rothenberg and Mariah Carey in the 2008 film Tennessee, followed by a co-starring role opposite Peter Coyote and Bebe Neuwirth in the film Adopt a Sailor. He won the award “Best Actor” at the 2009 Sonoma International Film Festival for his portrayal of “Sailor”.

In 2012, Peck played Prince Maxon for the pilot adaptation of popular book The Selection, but was later replaced by newcomer Michael Malarkey. Neither the first or second pilot was picked up to go to series.

In 2016 Peck starred in The Curse of Sleeping Beauty and Tell Me How I Die.

In 2017, Ethan was cast in a comedy, The Honor List, alongside Meghan Rienks, Sasha Pieterse, Arden Cho and Karrueche Tran. It was released in 2018.

In 2015, Ethan became an ambassador for the luxury fashion house Salvatore Ferragamo and appeared in a number of print editorials representing the Italian brand. He was also featured in “Coming Home To Hollywood,” a short film to celebrate the brand’s 100th anniversary.

On August 14, 2018, it was reported by TVLine that Peck would be playing Spock in the second season of Star Trek: Discovery.