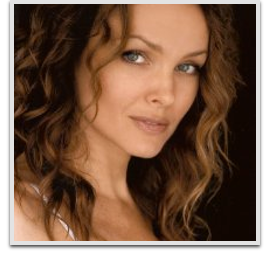 Dina Meyer is an American film and television actress best known for her roles as Barbara Gordon in Birds of Prey, Dizzy Flores in Starship Troopers and Detective Allison Kerry in the Saw franchise.
Meyer relocated to Los Angeles in 1993 in order to recur on the hit TV series, Beverly Hills, 90210. She was shortly thereafter cast as the female lead in Johnny Mnemonic and Dragonheart. In television, she has had series regular roles on UPN’s Secret Agent Man , and Fox’s Point Pleasant and Birds of Prey.
Meyer has made several guest appearances on Friends, Six Feet Under, and Ally McBeal to name a few. Her additional guest star roles include Criminal Minds, Castle, The Mentalist, Burn Notice, and Nip/Tuck. She has also recurred on FOX’s Miss Match, ABC’s Scoundrels, CW’s 90210, CBS’s, CSI, and NCIS.
Meyer recently starred in Universal Films, Dead in Tombstone , opposite of Mickey Rourke; and played opposite Patrick Warburton and Jesse Bradford in the acclaimed web series, Sequestered. A Lifetime Television veteran, she stars in Lethal Seduction as the sexy, psychotic cougar who will stop at nothing to get her boy. It is currently airing on Lifetime TV.