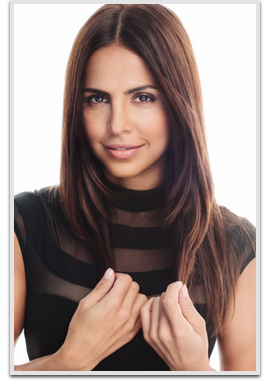 Azita Ghanizada is an Afghan American actress in the United States who has appeared in a number of television series.

In 2011/2012, she was a primary cast member of the American Syfy Channel series Alphas where she played Rachel Pirzad, a woman with enhanced sensory abilities.