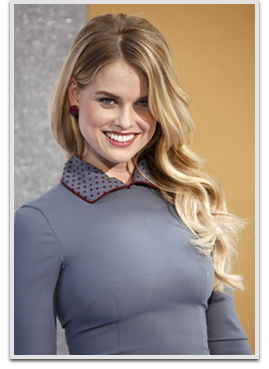 Alice Eve is an English actress who had the female lead role in the American romantic comedy film She’s Out of My League. She also played the role of Erin, Charlotte’s Irish nanny, in Sex and the City 2. During 2011, Eve had a recurring guest role in season 8 of the HBO series Entourage, as Sophia, a journalist and love interest to Vincent Chase. She played the role of Dr. Carol Marcus in Star Trek Into Darkness, released 17 May 2013.

Eve took part in the opening session of the 2013 Consumer Electronics Show. She also appeared in Paul McCartney’s music video “Queenie Eye”. In 2013 she filmed 1:30 Train in New York with Chris Evans who is also directing it.